pounds of food donated to Feeding America since 2000

in grants to 101 non-profit organizations 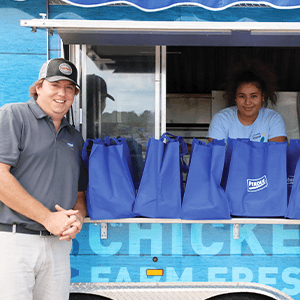 Supporting Our Neighbors in Times of Natural Disasters

In the wake of historic flooding caused by Hurricane Florence, we delivered a half million pounds of protein—the equivalent of 416,000 meals—to Feeding America-affiliated food banks in the Carolinas to help residents and recovery efforts in communities impacted by the disaster.

During the tragic wildfires in Sonoma County, our Petaluma Poultry Food Truck provided support to the local community, first responders, medical staff, evacuees and volunteers by serving more than 1,320 chicken lunches and dinners over a one-week period in the neighboring cities of Petaluma, Santa Rosa and Redwood Valley, Calif. 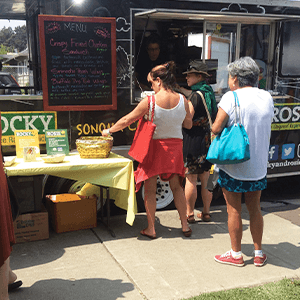 Our Food Trucks Supported Our Communities

On the West Coast, our ROCKY® and ROSIE® Chicken Food Truck supported more than 40 community and retailer events, and raised nearly $25,000 for 13 different local charities throughout Northern California.

On the East Coast and in the Midwest, the PERDUE® Chicken Food Truck, in its second year of operation, attended 23 events in 10 states, logging more than 8,000 miles. Perdue raised $12,600 to support local charities. 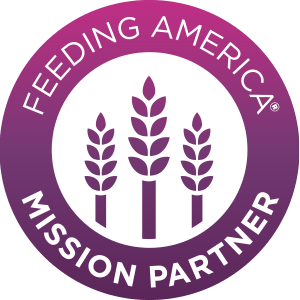 A Mission Partner with Feeding America

Making the Fight Against Hunger Local 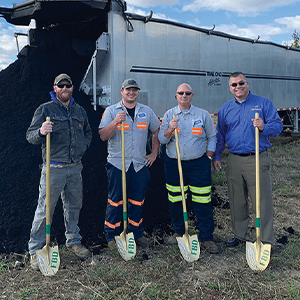 Perdue AgriBusiness donated 100 tons of organic compost to the Food Bank of Delaware for its onsite farm.

In addition to our nearly two-decade relationship with Feeding America, we support our local food banks through:

Striking Out Hunger on Delmarva 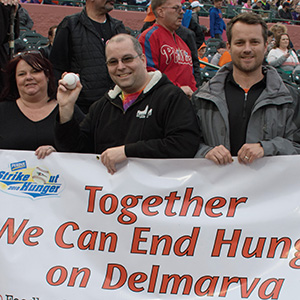 Perdue Farms once again teamed up with the Delmarva Shorebirds—the Class A affiliate of the Baltimore Orioles—and three Delmarva food banks for the annual Perdue Strike Out Hunger Challenge on Delmarva to deliver 160,000 meals across Delmarva communities in 2018.

Since then, the Shorebirds and food banks have embraced the Strike Out Hunger Challenge to generate more than 960,000 meal equivalents for those in need on Delmarva.

To drive the Perdue Strike Out Hunger Challenge on Delmarva, Perdue Farms issued a $15,000 challenge grant, which the Perdue Foundation funded. The grant benefited the Maryland Food Bank – Eastern Shore Branch, the Food Bank of Delaware, and the Foodbank of Southeastern Virginia and the Eastern Shore.

Each of the food banks was required to engage the Delmarva community to raise the equivalent of 10,000 meals in order to claim its equal share of the $15,000 challenge grant. This included any combination of pounds of food collected, funds collected and donated or volunteer hours throughout the duration of the Shorebirds’ season.

Additionally, Perdue donated $10 each time the Shorebirds’ pitchers struck out an opposing batter, up to $5,000.

Perdue Farms supports and encourages the fundraising efforts of our associates. Many of our facilities lead their communities in fundraising for such non-profit agencies as United Way, March of Dimes and American Cancer Society. 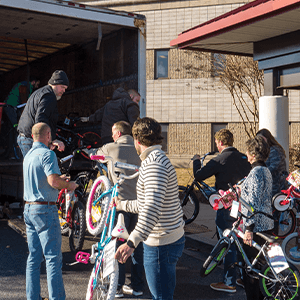 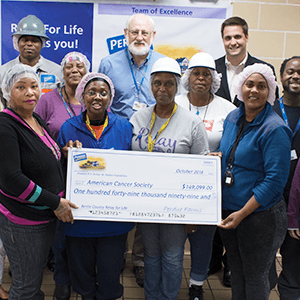 Supporting the Fight Against Cancer

Our associates raised nearly $256,000 in support of the American Cancer Society’s Relay for Life in Maryland, North Carolina and Virginia. Our Lewiston, N.C., team raised nearly $150,000 in 2018. 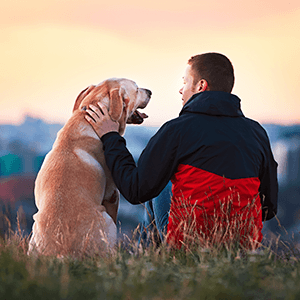 Coleman Natural Foods announced an $800,000 pledge to support the American Humane Pups4Patriots™ program, a national initiative that finds dogs in need of forever homes and trains them to become life-saving dogs for veterans with post-traumatic stress and traumatic brain injury.

Coleman Natural Foods is an American Human Certified producer for its natural pork products. This designation helps assure customers that the food on their plates was raised humanely under the science- and evidence-based protections established by American Humane. 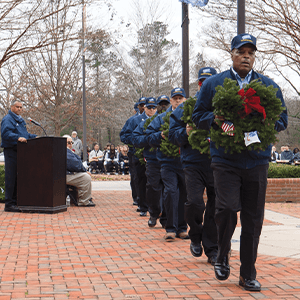 For the 11th year in a row, Perdue truckers, many of them military veterans, participated in Wreaths Across America in December, delivering more than 25,000 wreaths to cemeteries from New York to Florida. Their journey included deliveries to the United States Naval Academy Cemetery in Annapolis, Md.; the United States Military Academy West Point Cemetery in New York; and Arlington National Cemetery in Virginia. Since 2007, Perdue drivers have delivered more than 225,000 wreaths.

In 2018, Perdue drivers continued their traditional wreath-laying ceremony at the Wicomico County War Memorial in Salisbury. Perdue drivers who are veterans themselves placed seven ceremonial wreaths at the war memorial as part of the event. 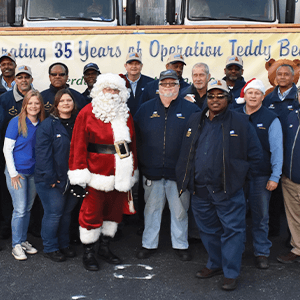 A Convoy for Special Olympics 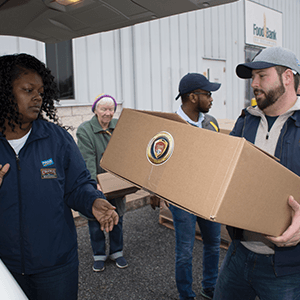 The Franklin P. and Arthur W. Perdue Foundation is the charitable-giving arm of Perdue Farms. Through grants, we strive to support organizations and programs that benefit the communities where our associates live and work. We work to strengthen our communities by focusing our efforts on education, agriculture, the environment, health and social services, public safety, and fighting hunger and poverty. We also support events that celebrate the heritages and cultures of our communities.

In 2018, the Perdue Foundation awarded:

Learn about the steps we're taking to reach our goal of becoming the most-trusted name in food and agricultural products.